Looking For An Animal Hospital Near Molino, FL?

Are you one of those pet lovers that feel like a vacation is never quite complete without your beloved pet by your side? We get you; in fact, we are one of you!

That being said, traveling with your pet can pose several concerns along the way. Perhaps you have already found yourself in a situation where your pet felt ill and you needed to find an animal hospital near you quickly.

If your next travel plans are going to bring you to the area of Molino, FL, you will be glad to know that we have you and your pet’s needs covered. When it comes to an exceptional Molino veterinary clinic  that is dedicated to pet care, Davis Animal Hospital should always be your first call. Here are some of the reasons you should choose us as your animal hospital near Molino.

You Can Leave Your Feedback By Clicking Here

A Veterinary Hospital Near Molino That Has A Passion For Pets

Just because you are away from home and far away from your well-chosen, local vet, does not mean that your doggy, precious kitty, or whatever other pet you may happen to have, needs to suffer in any way. That being said it is up to you as a responsible pet owner to make sure that you always take your pet to a vet clinic that has a passion for all animals. Indeed, even the emergency vet service that you choose should have a love for pets and qualified care for them.

At Davis Animal Hospital, nurturing the human-animal bond is at the top of the list, in fact, there is one simple goal; to treat clients’ pets in the same way that the staff would treat their own; a noble goal, to say the least.

An Animal Hospital With Open Communication

There are few things in life that are worse for pet owners than attending a veterinary clinic where they don’t feel their pet is getting the best treatment and care. It does nothing to provide comfort or reassurance to the pet owner when they are already anxious about the health and wellbeing of their fur baby, especially if there is a lack of communication from the veterinarian of what is wrong with their pet.

This is not an atmosphere that you will find at Davis Animal Hospital, in fact, the vibe you will get here, from the moment you and your pet come in through the doors is one of open and honest communication in everything that is taking place. After all, this is a veterinary clinic that shares the same drive as all of its clients; to ensure that each and every pet that comes into the animal clinic reaches its healthiest potential. In fact, with a team of staff that adore animals and value training and preventative care, you will soon see that you have come to the right animal hospital near Molino.

When You Are Looking For “Vets Near Me”, Davis Animal Hospital Has You Covered

So whether you are a local to the area or have chosen Molino, FL  as your vacation destination for this year (which, by the way, was a great choice), there is no reason to leave your pet at home.

Certainly, a pet falling ill while on vacation can be stressful; however, preparation is key. When you start your holiday already armed with the knowledge that you have a reputable, passionate and caring veterinary hospital ready and waiting to help you should an illness or animal emergency arise you will soon see that this can go a long way in helping you to relax and enjoy your time away.

Remember, pets may not be our whole life but they sure do know how to make our life whole. If you want to bring your pet on vacation with you there is no need to hold back. Just be sure that you contact Davis Animal Hospital as your Molino animal hospital if you need veterinarian care.

You Can Find Us By Clicking Davis Animal Hospital

Davis Animal Hospital - Veterinarian Pensacola Rated 5.0 out of 5 stars based on 1 customer reviews

Our Reviews by City

I ABSOLUTELY LOVE THIS PLACE! It's been a whirlwind of emotions regarding this little girl's big adventure for the past 2 weeks. So thankful that the Davis Animal Hotel and Spa could be the last-leg of this happy ending story! I appreciate all the support, service and assurances they gave during this stressful time. I would definitely recommend Davis Animal Hotel and Spa to other pet owners. Great people. They truly care about the owners who may be nervous about leaving their pets and they care about your 4-legged babies too, providing very good attention on regular schedules. And, for those of you wanting to know our personal story/experience & why Davis Pet Hotel and Spa means so much to us, here it is: My brother, who is a trucker, lost his 10 month old Aussie, named OREO, at a truck stop in Indiana. Yes, INDIANA! Another amazing trucker with a huge heart, named Lynda, picked her up there and drove her safely around the east coast side of the country for a week. Lynda's truck route allowed her to stop in Birmingham, AL, where she was able to verify OREO's microchip information. Lynda discovered OREO was registered to my brother, David. Unfortunately, these two truckers did not have the same routes or schedules. So, trying to reunite OREO with David quickly was a bit of a trick. Many people helped and volunteered to get involved. So many, in fact it became a bit overwhelming for the family. We were thankful for so many dog-lovers out there - all over the country. Our goal was to just get OREO back as quickly as possible. Fortunately, Lynda had a route headed to Panama City, Florida at the end of the week. David's sister, Cathy (who lived in Molino, Florida), agreed to meet Lynda there to accept OREO on behalf of David. The plan was set and ready to go. Finally, within the same stressful week and in-between family funerals, ER visits of family members, and driving @ 6 hours late at night, OREO was picked up by her Aunt Cathy. But, her BIG adventure was not over just yet... OREO still couldn't be reunited with her dad. More time was needed due to David's load schedule. Cathy brought OREO back to her house in the country. She played with Cathy's two male Aussies. However, being a "trucker girl" at heart and not use to a country-lifestyle or being in a home setting, she became upset. OREO cried and barked and barked. She was stressed and wanted her dad and trucker lifestyle back. Cathy and David decided to search for a temporary solution that would be safe and less stressful for OREO until he could drive to Florida and get her. It was recommended by Cathy's vet (Westside Animal Hospital) to ask Positive Splash. They recommended Davis Animal Hotel and Spa for the last 3 days of Oreo's adventure, due to the unusual circumstances. We were so thankful for all these recommendations. The next day on her lunch hour, Cathy stopped in to speak to Davis Animal Hotel & Spa. Explaining the entire situation through crocodile tears to Anita (who was amazing, caring and attentive), they determined the facility would be perfect! This place would be the last-leg in little OREO's big adventure. Davis Animal Hotel and Spa was clean, the people were friendly, they listened to our needs, and they genuinely cared. They were excited to be part of this BIG adventure and OREO's happy ending story! As a dog owner herself, Cathy was very happy! Davis Animal Hotel & Spa staff was very friendly and reassuring. They explained what they could offer, and they answered ALL of Cathy's questions. The facility was wonderful, enclosed and safe for OREO. In addition, if there had been any additional issues due to OREO's stress - it was also reassuring there was a vet on board. This place offered ALL the assurances for owner and pet. So, the next morning OREO was checked into the Hotel & Spa. The staff loved on and spoiled her. Music played in her room. They took her outside for walks 5 times a day! They fed her, offered fresh water and changed her bedding every day. She had a SPA day and two one-on-one Zoom-Ba Days. They sent Cathy postcards and updates every day. OREO had a fantastic visit for three days at the Davis Animal Hotel & Spa. And, on Friday OREO was ready for her reunion with her dad. The staff was prepared, took pictures and even a video! OREO couldn't contain her excitement. Wiggle-Butt everywhere and jumping up & down. Tears of joy were shared by all. Happy Endings are truly the best! Thank you Davis Animal Hotel & Spa! You helped to make a huge difference in our lives and the life of this little girl, OREO. <3 You took great care of our little OREO on her BIG Adventure.

Thank you so much for such an AWESOME REVIEW! ~Elishia Bouley, CCR

ROUTINE VISITS: We are able to perform basic routine visits like vaccinations, draw blood and take samples to be processed in the clinic, and perform physical examinations. We are unable to do radiographs (X-rays), ultrasound, or surgery in your home. 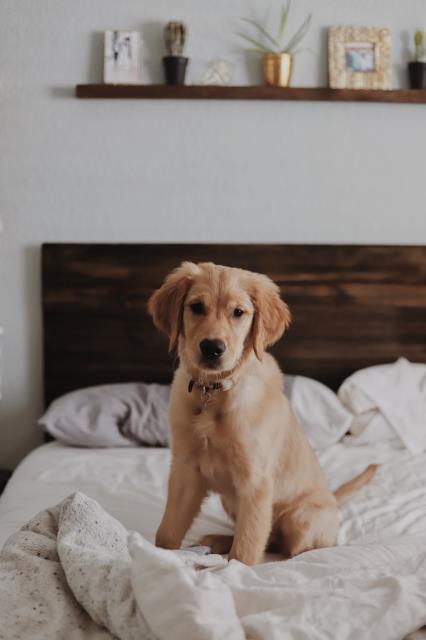 If you're looking for loving and convenient pet care, look no further than Davis Animal Hospital! 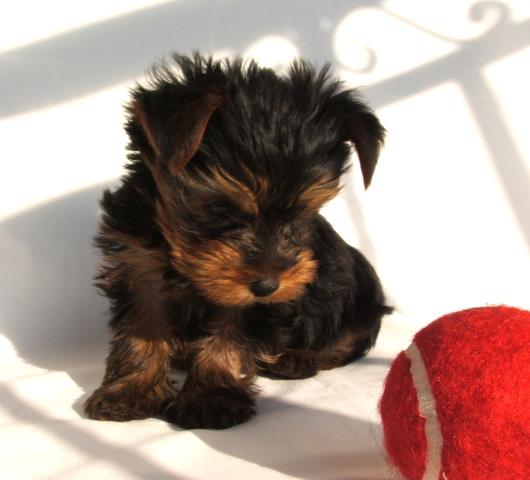 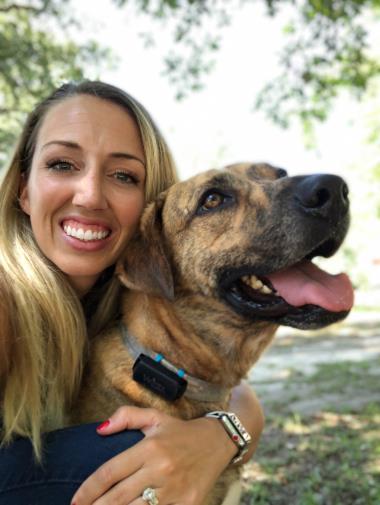 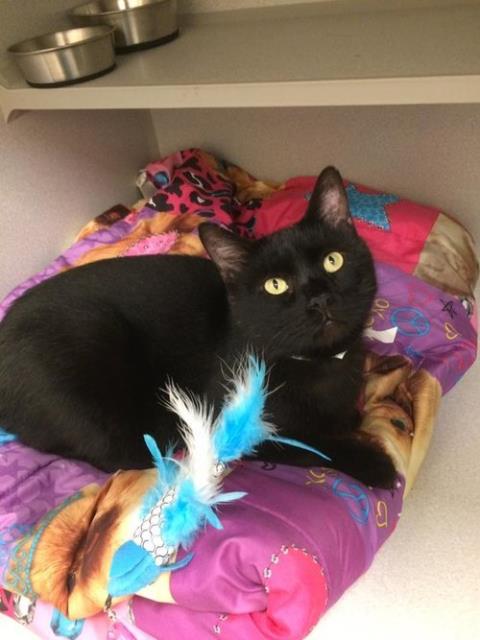 Once again, we will use the latest technology to confirm the injury, check for broken bones and assess the animal for internal damage as well as whether or not they may require surgery. 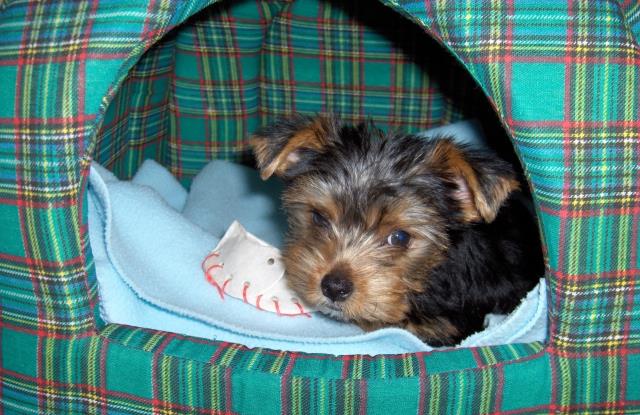 Animal Hospital Near Molino FL : One of the most crucial decisions that you will make for your new and existing pets is picking an animal clinic or animal hospital for their emergency visits, sick care and wellness care. Visit Us: https://www.davispetvet.com 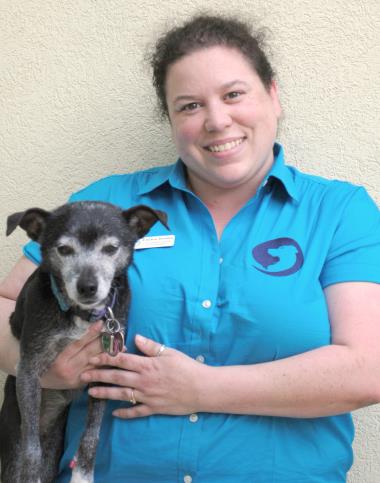 Gloria the Tegu came to see our exotic reptile veterinarian here in Pensacola.